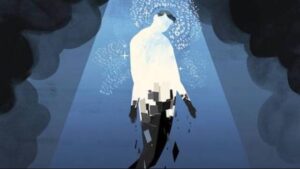 “Every moment of malfunction probably leaves its structural mark. Early or late, it is good to prevent the functional errors that lead to further damage, and to give the regenerative systems an opportunity to work.” – Ray Peat PhD

Methylene Blue (MB) has been shown to help with many conditions, and when you begin to understand Alzheimer’s disease as another possible expression of metabolic interference and suppression, that this drug has been used to improve symptoms of dementia looks less like random coincidence, and more like a predictable, explainable result.

In reality, any time that stress is sufficient so as to interfere with the effective workings of mitochondrial energy systems, this can then potentially have a damaging effect upon both the form and function of cells, and consequently tissues and organs, with the brain being no exception.

“The key cytopathologies in the brains of Alzheimer’s disease (AD) patients include mitochondrial dysfunction and energy hypometabolism…Consistently, MB is one of the most effective agents to delay senescence in normal human cells.”

Inflammation is central to the development of Alzheimer’s, and the polyunsaturated fats (PUFAs) are probably the main factor promoting the inflammatory state. Whenever metabolic energy systems are suppressed, PUFAs held in storage in tissue are released into circulation, where they promote stress and interfere with cellular function.

Stress and the suppression of metabolic function promote the release of Nitric Oxide (NO), which in turn is a major factor interfering with the production of energy in the cell, and proper functioning of the tissue and vice versa.

“The brain is particularly sensitive to mitochondrial dysfunction, the resulting oxidative stress, and impaired energy metabolism…”

When energy systems are damaged, many of the inflammatory substances start to become more of an issue, encouraging a general state of excitation and stress (particularly in the brain), driving, and being driven by, the production of NO. Many of these factors are directly involved in the progression of Alzheimer’s and other forms of dementia. MB is known to inhibit NO.

“…inhibition of these neuroinflammatory signals has been shown to delay the progress of such disorders…NO and the pathways triggering its release are emerging as an important research focus in the search for strategies to prevent, halt or cure neurodegenerative diseases.”

When thyroid function is interfered with and digestion is slowed, bacterial endotoxin [LPS] is absorbed into the system at an increasing rate, promoting inflammation, causing levels of the stress substances – serotonin, histamine and estrogen – to rise, and significantly increasing the production of NO. All of these things interact in a manner which inhibits oxidative energy systems, and can promote the kind of stressful conditions associated with neurodegeneration.

“These…data…suggest the possibility that LPS [endotoxin] in combination with other factors could cause AD neuropathology.”

The substances of stress – including everything that promotes estrogen and NO – increase the release of the polyunsaturated free fatty acids into circulation, which can then powerfully interact with excess iron, promoting rising levels of toxic breakdown products known to be a factor involved in the degenerative process.

Methylene Blue (MB) protects against endotoxin and estrogen, lowers systemic levels of NO, and powerfully promotes the proper functioning of mitochondrial energy systems. The resulting improvement in thyroid metabolism – which in and of itself can keep NO at bay – and the subsequent reduction in free fatty acid release, protects against oxidative damage to cells, lowers levels of toxic free radicals, and reduces stress or excitotoxicity in the brain, allowing for an improved supply of energy and greater protection against damage to the brain.

“The beneficial effect on cognitive function observed in AD patients after MB administration may be in part attributable to its influence on the cholinergic, serotonergic and glutamatergic systems. MB also improves mitochondrial respiration…Our study suggests that MB has disease-modifying activity in targeting tauopathy involving AD.”

When the brain is injured in any way – and when mitochondrial function is interfered with both locally or systemically – one of the brains important jobs producing large amounts of the highly protective steroid hormones (such as progesterone and testosterone), is impeded.

As a result of this, estrogen levels in the brain can increase significantly – relative to the protective substances – and this not only can promote an overall condition of stress and metabolic suppression throughout the whole system, it can also directly move the brain in the direction of neurodegeneration, rather than a high energy regenerative state.

“…products of NO activity accumulate around the plaques of Alzheimer’s, and may play a role in the progression of the disease.”

“MB has been shown to attenuate the formations of amyloid plaques and neurofibrillary tangles, and to partially repair impairments in mitochondrial function and cellular metabolism.”

All of the things that interfere with energy systems – including the polyunsaturated fats, NO and the substances of stress, such as endotoxin, estrogen, serotonin and a few other inflammation promoters – are also directly related to the many issues surrounding blood sugar supply and regulation, and the diseases of degeneration such as diabetes and heart disease.

Alzheimer’s has been demonstrated to be a condition of reduced brain glucose metabolism, such that in some circles it has been renamed ‘Type 3 Diabetes’.

“We believe our studies demonstrate for the first time that reduced glucose availability in the central nervous system directly triggers behavioral deficits by promoting the development of tau neuropathology and synaptic dysfunction.”

I’m no doctor, or expert, but it seems to be the case that in order to protect against – and improve symptoms of – dementia, it makes sense to attempt to do the things which allow for sufficient energy to be supplied to cells (and the brain specifically), encouraging the production of the protective steroid hormones, whilst at the same time minimizing stress, in particular avoiding digestive interference from the consumption of foods which promote bacterial growth, and the excessive release of a variety of metabolically suppressive inflammatory substances.

Some of the things which promote thyroid function (and inhibit NO) and increase the production of the anti-inflammatory protective substances, include MB, aspirin, niacinamide, sugar, the saturated fats (like dairy fat and coconut oil), and red light. All of these are known to be helpful in the protection against, and treatment of Alzheimer’s.

The factors promoting tissue injury and dementia include all the inflammatory, thyroid suppressing things which encourage the circulation of endotoxin, estrogen, serotonin, NO, and free fatty acids. Things such as the restriction of sugar (or calories), the consumption of the polyunsaturated fats (including fish oil), extreme endurance exercise and concussion, x-rays and other forms of radiation, carbon monoxide, too much exposure to blue light and excessive levels of stored iron.

A diet avoiding the polyunsaturated fats and minimizing the difficult to digest grains, seeds, nuts, legumes and under cooked vegetables, with sufficient protein from milk and cheese, and plenty of sugar from sweet ripe fruits, fruit juice and white sugar, is one possible approach to improving the condition of the brain.

Keeping the digestive system free of too much bacteria with the use of raw carrots, very well cooked mushrooms, activated charcoal and some other safe methods, is likely to be a useful additional strategy.

So for general disease prevention, make your way down to your local pet shop or aquarium.

Therapeutic Approaches to Delay the Onset of Alzheimer’s Disease

Multimodal Randomized Functional MR Imaging of the Effects of Methylene Blue in the Human Brain.

Viscoelastic and ultrastructural characteristics of whole blood and plasma in Alzheimer-type dementia, and the possible role of bacterial lipopolysaccharides (LPS)

The nitric oxide hypothesis of aging.

Critical role of acetylation in tau-mediated neurodegeneration and cognitive deficits

“Lest we forget you — methylene blue…”

Biomarkers of lipid peroxidation in Alzheimer disease (AD): an update

How does brain insulin resistance develop in Alzheimer’s disease?

A 5-HT6 Antagonist as Adjunctive Therapy to Cholinesterase Inhibitors in Patients with Mild-to-Moderate Alzheimer’s Disease: Idalopirdine in Phase III (PL02.006)

Critical Role of Acetylation in Tau-Mediated Neurodegeneration and Cognitive Deficits