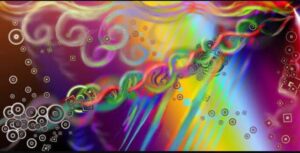 Serotonin (5-HT), although popularly referred to as the ‘happiness hormone’, is a biogenic amine produced mainly in the intestines in response to stress and irritation. The association between digestive distress and mood fluctuations is well known.

Increased serotonin levels have been linked to the onset and development of many diseases from MS, Alzheimer’s, and Parkinson’s, to Autism, Irritable Bowel Syndrome, Crohn’s disease, cancer, and more.

Contrary to popular belief, much research has shown serotonin to be part of an inhibitory system of harm avoidance. The relationship between increased serotonin and depression has been compared to biological role of serotonin in hibernation.

Serotonin production is promoted by the polyunsaturated fats (PUFAs) as well as by foods or substances that irritate or interfere with digestion, encouraging bacterial growth. Bacterial toxins are known promoters of anxiety and aggressive behavior.

Intestinal serotonin secretion increases in direct response to rising levels of bacterial endotoxin release, and many studies have confirmed the inflammation and disease promoting effects of rising levels of endotoxin passing into the blood stream.

The more serotonin interferes with metabolism – slowing digestion and intestinal barrier function – the harder it is for the liver to carry out its detoxification functions, allowing increasing levels of the stress substances (including estrogen, serotonin, endotoxin, and the polyunsaturated free fatty acids) to interact with each other throughout the main system leading to what can become a vicious circle of degeneration.

Apart from the seed and fish oil PUFAs, other foods like too many fibrous under cooked vegetables, grains, beans, nuts, seeds, and legumes, and various starches, can also promote serotonin secretion.

Foods that have been shown to be able to improve metabolism and reduce serotonin, include dairy products, sweet ripe fruits, and simple sugars like honey or sucrose.

A variety of anti-serotonergic drugs have also been used to successfully treat depression and numerous related diseases of inflammation and high serotonin.