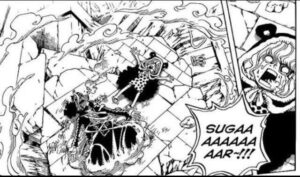 I’m going to talk about anxiety. Not so much the external factors that help to create or worsen it: environmental stress; chronically difficult social interactions and relationships; hereditary predispositions; early life and present day trauma.

This won’t be a discussion focusing on the pharmaceutical products – a small number of which can be very helpful – or of the many other methods used to try and manage what can potentially become an ongoing and debilitating issue.

“…most frequently Sexual Difficulties (62%) and Feeling Emotionally Numb (60%). Percentages for other effects included: Feeling Not Like Myself – 52%, Reduction In Positive Feelings – 42%, Caring Less About Others – 39%, Suicidality – 39% and Withdrawal Effects – 55%…adverse effects of antidepressants may be more frequent than previously reported…”

It will also not be an attempt to give a step by step prescription as to how to eradicate anxiety in just 3 simple steps.

What I want to talk about mostly, is how the degree of anxiety experienced by a person, isn’t always dependent upon the objectively stressful nature of their particular life circumstances.

Why is it that anxiety can be something which seems to come and go for no apparent reason – or be there constantly in the background – regardless of how relatively stress-free a persons life appears to be?

“…anxiety sensitivity (AS)…interacts with ovarian hormonal changes that occur during the premenstrual phase of the menstrual cycle, which affects behavioral and physiological responses to stress, subsequently initiating or maintaining clinical panic and/or anxiety.”

“…experimental research indicates that 5HT (serotonin) can act directly on the adrenal gland and possibly on the anterior pituitary as well. These findings have major implications for the interpretation of neuroendocrine studies of 5HT conducted in psychiatric conditions…”

Susceptibility to chronic anxiety is probably always going to be related to some kind of interaction with environmental factors, and this can include traumatic early life experiences and all kinds of other stress promoting things.

It is a perfectly valid and useful approach to consider the external influences which might be driving anxiety, and attempt to remove or improve them.

But it is also true to say that feelings of anxiety cannot really be understood independently of the particular physiological state or condition of the individual. Sometimes it is these biological factors which can more easily be tweaked in order to help create a buffer against stress and eventually reduce symptoms.

“…data reveal a discrete 5-HT (serotonin) responsive circuit…that underlies pathological anxiety and fear associated with a hyperserotonergic state…SSRIs are currently a first-line treatment for anxiety and panic disorders, but can acutely exacerbate symptoms…”

“Our work identifies trait anxiety as a predisposing factor to a subordinate rank. We demonstrate that mitochondrial function…is a critical mediating factor…Limited energy production…may impair adaptive neuronal capacity to life challenges and contribute to the development of psychopathologies…”

Although it isn’t a popular viewpoint, there is plenty of experimentation looking at the impact of stress upon metabolic function, and how that can eventually create the kind of energy preserving inhibitory harm avoidance/learned helplessness state which involves anxiety and social phobia.

“..the increase in whole brain serotonin turnover in patients with panic disorder “most likely derived not from impaired serotonin reuptake, but from increased ﬁring in serotonergic midbrain raphe neurons projecting to both subcortical brain regions and the cerebral cortex” Indeed, many researchers consider anxiety to be a state of elevated serotonin transmission…”

The substances which rise under stress – including cortisol, adrenalin, serotonin and estrogen – powerfully interact with each other in ways that help to suppress thyroid energy metabolism, interfering with production of the protective hormones (pregnenolone, progesterone and others), impacting upon brain function.

“Estrogen receptors are widely distributed in the brain, including the limbic system and the hypothalamus…Our findings implicate…the HPA axis, as a potentially important target of ovarian steroids and a potential mediator of gender related differences in the stress response and HPA axis activity…”

The more stress one is exposed to – especially early in life – the higher the likelihood that a metabolically suppressed state will become self-perpetuating, creating conditions enabling the stress system to be more easily activated.

It can get to a point where it is difficult to avoid triggering an anxiety response, regardless of how stressful circumstances are – ‘objectively’ speaking – making it appear sometimes as if the response is unrelated to external conditions.

A big reason behind the circular nature of anxiety, is because the biochemical factors which have been shown to promote the anxiety response – serotonin, cortisol and estrogen for instance – can also impact upon perception, increasing the sense of fear or imminent danger in any scenario. This can then worsen the biologically stressful nature of conditions and on and on.

“Considerable investigation has…been directed toward identifying the neurobiological mechanisms whereby psychosocial risk factors enhance the activity of the HPA axis. There is now a growing consensus that serotonin acts at multiple sites to contribute to stress-induced HPA axis activation…”

This kind of vicious circle does not only occur in relation to social hardship, but rather can exist as a result of anything physiologically stressful. Even though there can be enormous variation from one person to the next in terms of resilience to stress, the same biological principles apply across the board.

Some things are protective and other things are likely to cause harm. But sensitivity varies as a result of a multitude of influencing factors.

Fear or anxiety uses up glycogen stores, and when levels run low, cortisol and adrenalin rise as a means to providing needed fuel. This process involves the release of fat out of storage and the breakdown of muscle, glands and other tissue, which can promote stress and inflammation, and thus more potential for anxiety.

Greater amounts of circulating polyunsaturated fats (PUFA) easily fuel a chronic inflammatory state, and the breakdown products of PUFA have been demonstrated to be involved in many conditions where chronic anxiety is a symptom.

PUFA also directly interferes with blood sugar regulation and thyroid function, leading to a rise in levels of bacterial toxins (such as endotoxin) throughout the system. Endotoxin exposure leads to more of the inflammatory things – including cortisol, serotonin, estrogen, nitric oxide and PUFA – all of which have been shown to feed anxiety.

“…glutamate and nitric oxide (NO) play a causal role in anxiety-related behaviors…Acute stress is…associated with the release of glucocorticoids, as well as 5HT, glutamate, and NO in the hippocampus.”

Harmful effects of what is referred to as PTSD are known to be connected to increased cortisol levels in response to chronic and acute stress, and lack of sugar availability or accessibility encourages cortisol and PUFA release (and inhibits production of the protective hormones like testosterone), promoting a self-feeding stress state which can damage the brain.

“PTSD is generally regarded as a disorder of dysregulated threat reactivity. In line with this view, the peritraumatic period is marked by elevated cortisol and stress-evoked cortisol hyper-reactivity…testosterone’s anti-glucocorticoid effects may protect against structural damage in the hippocampus…producing long-term protection against the stress-evoked glucocorticoid-mediated neural degeneration thought to characterize PTSD…”

Hyperventilation (or over-breathing) is a common response to fear or anxiety. Hyperventilation lowers carbon dioxide (CO2) levels, increasing overall susceptibility to stress, and promoting many of the inflammatory anxiety producing things including serotonin. Serotonin can then cause further hyperventilation.

With this in mind, it’s easy to see why sugar restriction is probably one of the worst dietary strategies for dealing with chronic anxiety.

“…evidence suggests that stress-induced increases in progesterone and allopregnanolone may be an endogenous mechanism that counteracts increases in anxiety and limits hypothalamic pituitary adrenal axis activation.”

Simple white sugar can be used as part of a therapeutic strategy attempting to reverse – or minimise – the processes at play behind anxiety conditions. These processes make it difficult to return to a thyroid driven metabolism, and in the absence of enough fuel and other nutrients it can be difficult to turn down nervous system over-stimulation.

“…the metabolically restorative effects of sucrose may, in part, mediate sucrose-induced inhibition of central stress reactivity…ingestion of sucrose…reduced stress-induced increases in circulating cortisol.”

It’s not a black and white scenario, and it isn’t always enough to just increase your intake of white sugar for all to be rosy.

There are lots of possible variations to diet and lifestyle that can be experimented with in order to see significant and lasting results.

They should all be part of an attempt to redirect away from a stress metabolism – and towards improvements in energy system performance – and the inclusion of sufficient sugar consumption can play a significant role.

Increased intake of sugar – in combination with enough easily digested protein and nutrients (including sodium, magnesium and calcium) – to assist in settling down the stressed, over-excited nervous system and to lower inflammation, can improve resilience against chronic anxiety conditions, becoming increasingly common regardless of life circumstances.

These kinds of approaches are sometimes enough to create the opening required to let in a whole range of lifestyle changes, which can eventually reduce or protect against anxiety, and change a persons whole outlook and life.

Traumatic stress: effects on the brain

Mitochondrial function in the brain links anxiety with social subordination

Excessive Sugar Consumption May Be a Difficult Habit to Break: A View From the Brain and Body

Dose-related anxiogenic effect of glycine in the elevated plus maze and in electrodermal activity.

Is aspirin, as used for antithrombosis, an emotion-modulating agent?

Is serotonin an upper or a downer? The evolution of the serotonergic system and its role in depression and the antidepressant response

Comparative efficacy and tolerability of antidepressants for major depressive disorder in children and adolescents: a network meta-analysis.

Effects of aspirin on immobile behavior and endocrine and immune changes in the forced swimming test: comparison to fluoxetine and imipramine.

Benzodiazepine use and risk of Alzheimer’s disease: case-control study

Anxiety-like behavior in the elevated-plus maze tests and enhanced IL-1β, IL-6, NADPH oxidase-1, and iNOS mRNAs in the hippocampus during early stage of adjuvant arthritis in rats.

Dose-Dependent Effects of Endotoxin on Neurobehavioral Functions in Humans

The effects of caffeine and aspirin on mood and performance.

Lipid peroxidation markers in children with anxiety disorders and their diagnostic implications.

Asthma and depressive and anxiety disorders among young persons in the community.

Endotoxin exposure in early life alters the development of anxiety-like behaviour in the Fischer 344 rat.

Anxiety after cardiac arrest/cardiopulmonary resuscitation: exacerbated by stress and prevented by minocycline.

Inflammation in Fear- and Anxiety-Based Disorders: PTSD, GAD, and Beyond.

Effects of neurosteroids on the human corticotropin-releasing hormone gene.

Anxiolytic and antidepressant properties of methylene blue in animal models.

Cortisol responses to emotional stress in men: Association with a functional polymorphism in the 5HTR2C Gene

Anxiety disorders and GABA neurotransmission: a disturbance of modulation

The neurosteroid tetrahydroprogesterone attenuates the endocrine response to stress and exerts glucocorticoid-like effects on vasopressin gene transcription in the rat hypothalamus.

Physiological and behavioral responses to corticotropin-releasing factor administration: is CRF a mediator of anxiety or stress responses?

The relationship between adverse events during selective serotonin reuptake inhibitor treatment for major depressive disorder and nonremission in the suicide assessment methodology study.

Cyproheptadine for prevention of neuropsychiatric adverse effects of efavirenz: a randomized clinical trial.

[Study of the stress response: role of anxiety, cortisol and DHEAs].

End-tidal CO2 levels lower in subclinical and overt hypothyroidism than healthy controls; no relationship to thyroid function tests

Efficacy of cyproheptadine for nightmares associated with posttraumatic stress disorder.

Parental history of depression or anxiety and the cortisol awakening response.

Allopregnanolone modulation of HPA axis function in the adult rat.

The evaluation of anxiety and salivary cortisol levels in patients with oral lichen planus.

The role of anxiety in cortisol stress response and cortisol recovery in boys with oppositional defiant disorder/conduct disorder.