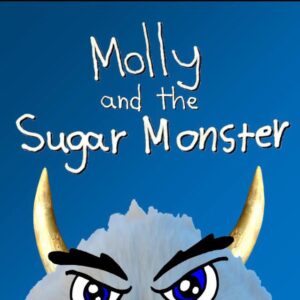 If you want to make the claim that sugar fuels cancer, and that removing sugar from the diet slows cancer, you have to look at what actually happens when you quit sugar. If what happens fuels the growth and spread of cancer, your argument fails. You can’t have it both ways.

If you accept that there are things that are known to be true in science, which describe what happens when you stop eating sugar, it’s easier to understand why you don’t want to do that, if you’re worried about cancer. Because some of those things promote cancer.

Fatty acid oxidation increases when you quit sugar. That’s not disputed. I can show you the biology, or you can just look it up. But let’s just assume you know it does, because it does, then the obvious question is, does increasing fatty acid oxidation (FOA) make cancer better or worse. It makes it much worse actually. You could say, FAO feeds cancer.

The last few years…have seen a dramatic change in the view of cancer relevance of the FAO [fatty acid β-oxidation] pathway…Cancer cells rely on FAO for proliferation, survival, stemness, drug resistance, and metastatic progression…FAO is also reprogrammed in cancer-associated immune and other host cells, which may contribute to immune suppression and tumor-promoting microenvironment.

Now, when you quit sugar or go keto, which is another way to say that, you probably realise that your body starts to produce more ketones, to use as an alternative fuel source, because there’s less sugar. Do you think ketones are good for cancer? The hypoxic state is known to promote the shift to the cancer metabolism, and ketones are an optimal fuel source under hypoxic conditions. Ketones basically fuel cancer, according to recent studies.

That’s pretty important to know, I think. It also might make you wonder why so many people are promoting keto diets, for protection against, and even to treat cancer. They can’t be good and bad at the same time, so somebody is probably wrong here.

We have previously suggested that ketone body metabolism is critical for tumor progression and metastasis…Ketone bodies are high-energy mitochondrial fuels that burn more efficiently than other mitochondrial fuels…they can be utilized under conditions of hypoxia, when oxygen is scarce…this would allow a tumor to grow even in the absence of an optimal blood supply…Thus, ketone body utlization may be important in tumor initiation…or metastasis…

Another thing that happens when you quit sugar or ‘go keto’ as they say, is that your cortisol goes up, and you break down protein tissue to make up for the lack of glucose. Guess what! This releases glutamine, and glutamine is basically another major fuel for the spread and growth of cancer, and glutamine helps cancer survive.

Rapidly proliferating cancer cells require energy and cellular building blocks for their growth and ability to maintain redox balance. Many studies have focused on understanding how cancer cells adapt their nutrient metabolism to meet the high demand of anabolism required for proliferation and maintaining redox balance. Glutamine, the most abundant amino acid in plasma, is a well-known nutrient used by cancer cells to increase proliferation as well as survival under metabolic stress conditions.

Something else that happens when sugar availability is low, and stress increases, is that lactate levels also increase, and it turns out that lactate is another thing that has been shown to play a role in almost every aspect of the cancer metabolism.

Lactate in the Tumor Microenvironment: An Essential Molecule in Cancer Progression and Treatment; Cancers (Basel). 2020 Nov; 12(11): 3244.

…lactate turns out to be a major signaling molecule in cancer progression. Its release from tumor cells is accompanied by acidification ranging from 6.3 to 6.9 in the tumor microenvironment (TME) which favors processes such as tumor promotion, angiogenesis, metastasis, tumor resistance and more importantly, immunosuppression which has been associated with a poor outcome.

So what does this all mean. First of all it means that quitting sugar doesn’t make cancer stop growing and spreading? I’m no expert, and I don’t think every cancer situation is identical, but so far, I think it’s clear from this that telling people to quit sugar or go keto, isn’t necessarily as safe as many people have been made to believe.

I haven’t even mentioned the PUFAs and what happens when they get stored in your tissues, and then get released into the blood stream under stress or low sugar conditions. I go into this in an old article about sugar, cancer, and thyroid.

Even eating a high fat low sugar diet, made up of the anti-inflammatory saturated fats, doesn’t sound like a smart thing to do if cancer is something you are worried about, but i think when it comes to promoting stress and inflammation and cancer, the PUFAs (including fish oil) and their toxic breakdown products, have been shown to be heavily involved.

I also haven’t gone into the role here, of chronic inflammation and the various stress hormones, like estrogen, and nitric oxide, and serotonin, that are also known to be central to cancer, and central to thyroid energy metabolism suppression, and yes that’s right, central to sugar restriction.

So basically, this means that quitting sugar can potentially be something that promotes every aspect of cancer proliferation, as well as being something that can promote stress and inflammation, which although I haven’t covered this in detail here, are factors known to be directly involved in cancer origination. That’s also another way of saying, that having sugar in your diet, is health protective.