Are You Feeling Better? 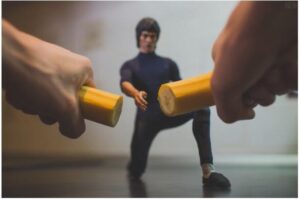 There are lots of things that can influence the way you peel, I mean feel, on a day to day basis, but when it comes to diet, it’s hard not to go bananas, trying to work out what the truth is.

So I’m going to try to simplify matters a little bit, by providing what I think is a sound basis for a coherent nutritional world view. And then everyone can decide for themselves what to eat.

The basic premise goes something like this. If the authorities are telling you not to eat it, it’s probably good for you.

Wait a minute. Come to think of it, that’s a pretty effective method. Saturated fats, sugar, salt, dairy products, eggs, meat, fruit, fruit juice, coffee. That pretty much covers most of what I consider to be food, and we’ve been told to avoid or limit all of these things, far more than anything else.

I wasn’t entirely serious at first, but the more I think about it, the more suspicious I am. Could it possibly be intentional? Surely so many experts can’t be wrong about so much, can they? I mean, at least they’ve finally figured out that sugar is to blame for everything, right?

What’s that saying? ‘Fool me once, shame on you, fool me twice, shame on me.’ Fool me endlessly? I’m not so sure anybody can be blamed anymore, for believing what they’re told by diet authorities.

It’s been going on for so long now, pretty much all the people handing out the official advice, are also convinced it must be the truth, even if it does keep changing from one decade to the next. Luckily that part is easy to explain, it’s just progress after all, isn’t it? Evolution, discovery, advances in science, obviously!

So what about the extensive history of experimental evidence, continuing to show over and over again, what is to blame for chronic stress, and ongoing low level systemic inflammation, and hypothyroidism, and blood sugar dysregulation, and oxidative stress, and digestive dysfunction, and excessive endotoxin circulation, and mitochondrial damage, and overall energy system suppression?

And what about all the science showing how all these things are behind the development of degenerative diseases like diabetes, Alzheimer’s, cancer, heart disease, obesity, chronic anxiety, and the rest. Oh, don’t worry about that, that’s just alternative science. It’s not the ‘gold standard’. Give me the meta-analysis, or give me nothing!

But what about the endless supply of scientific studies demonstrating how the breakdown products of the PUFAs cause mayhem in our systems, and promote all of the things listed above. Or how excess iron interacts with the PUFAs, and with circulating endotoxin, to dramatically escalate the situation. Don’t worry, just blame sugar, even if you can’t provide any real proof.

Wait a minute though. What about all the ways that sugar can be shown to protect against the effects of stress and metabolic dysfunction, basically everything mentioned above, and more? Seriously, it doesn’t matter. Sugar bad!

The fact of the matter is, it’s gotten to the point where you can tell people almost anything is healthy or unhealthy, and there’s a good chance enough of them will believe it, for it to not really matter what those who know it isn’t true, think and say, regardless of what their qualifications are or aren’t.

Anti-sugar propaganda has the potential to be the ultimate social engineering coup. Once people have been convinced that their main source of energy is bad for them, you can convince them of basically anything, and not just because their brains aren’t being fueled effectively.

And I’ve come to realize it’s almost always a waste of time trying to convince anyone, unless they want to be convinced. And even then it’s not likely. Trust me, I know what I’m talking about. I’ve tried more than most, for longer than most, and in more ways than most.

So where do we go from here? Is there a way to cut through all the mush, and return to a world that promotes sane ideas about food? I’m sure it’s a possibility, but it most probably won’t happen, not until more people wake up to the fact that ‘science’ is not some kind of supernatural force, automatically pushing things in the direction of truth. Just using the word science over and over, is not a valid argument.

It’s a hard pill to swallow, but the vast majority of information officially promoted, and then spread by everyday people convinced that it must be true simply because so called science says so, has very little to do with progress.

There’s a whole bunch of things that people call food, and I’m not here to try to stop anybody from eating what they eat, or to judge them for it. Seriously, eat whatever you want to (or have to). This is about the forces that are manipulating information, forces that aren’t interested in others ‘wellness’.