A Flying Kickstart to Healing. 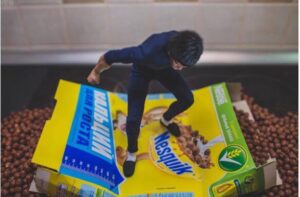 The thing about healing a compromised metabolism, is that it is rarely just a case of learning the rules, figuring out what you’re doing wrong, making the necessary changes and then sitting back, reaping the rewards. Wouldn’t that be nice.

Even though one good way I have found to deal with illness – or metabolic dysfunction – is to approach it under a banner of ‘general stress reduction’, there isn’t – unfortunately (or maybe fortunately) – only one way to attend to stress.

In fact there also isn’t just one way to understand stress, and this can confuse matters. On one level stress is to be avoided, and yet from another perspective, it is a necessary part of life – unavoidable per se – perhaps even beneficial.

Hence the word stress can take on new significance depending on circumstances, context and intended meaning. Added to this, there are a number of complicated, seemingly contradictory aspects of metabolic function, which can be involved in preventing improvement.

For starters, it’s important to realise that fixing a damaged – or under performing – system is more than simply a matter of following a set of scientific instructions. Even though it’s true that a logical and rational physiological approach can be very effective, there is a certain kind of experimental, artistic element to healing.

One must be able to distinguish between the kind of scenario which allows for the normal functioning of metabolism in the face of stress, and other situations where the body is failing to meet demands placed upon it – and is moving in the direction towards surviving in a kind of emergency ‘stress state’ – leading to sub-optimal results.

With these ideas in mind, it’s easy to see why there is so much potential for uncertainty and ambiguity when one attempts to interpret symptoms (or biochemical indicators) during a period of illness or reduced metabolic performance.

This is why it’s best to avoid the mindset that ‘because certain things are seen as being good for you – and other things bad for you – all you need to do, is do more of the good things (and less of the bad things) and everything will be peachy.’

Which is not to say that it never happens this way. It’s just that there is no guarantee that things will be so straightforward, and in many cases this kind of black and white protocol-like strategy is often more damaging than it is helpful.

Things which have the ability to support thyroid function and energy metabolism in general, can – under some circumstances – become part of the problem, causing more stress rather than reducing it.

After years of exposure to stress, metabolic systems can be unstable and highly sensitive. Chronic inflammation, significant amounts of polyunsaturated fat (PUFA) stored in tissue, limited glycogen storage capacity, an overstimulated nervous system, as well as a propensity for dysregulated blood sugar and a variety of hormonal vicious circles, can all exist simultaneously.

Under circumstances where stress is high, it can be counterproductive to move too quickly.  It isn’t uncommon for the excitement which comes with improvement, to lead to a kind of one step forward three steps back scenario, which can be especially disheartening.

From this point of view, it’s possible to see why it is so dangerous to promote a belief system based on a premise that weight loss is some kind of default for health improvement, and weight gain must be avoided at all costs.

When toxic metabolism damaging substances, stored in the tissue, get released into the blood stream too quickly – sometimes as a result of things that are used to stimulate metabolism, for protection against stress – the long term result can be greater injury to the system, which then can be even more difficult to repair.

Weight gain can come from increased muscle size, or it can come from changes in fat composition away from PUFA, towards less inflammatory, pro-metabolic saturated fats. It is also sometimes the result of settling down nervous system excitation and stress, and thus the beginning of an improvement in overall metabolic health.

In any case, the issues responsible for excessive weight gain, are roughly the same as those which are driving a chronic inability to gain weight, and in both cases the metabolism is running on stress.

A safer approach to healing involves trial and error experimentation with a combination of stress reduction techniques. The big picture approach can be the gradual increase of fuel and nutrient consumption, in order to suppress stress, improve glycogen storage capacity, and ramp up thyroid performance and regenerative capacity.

Learning how to use pulse and temperature as an indicator can be very helpful because – when done consistently over a period of time – it can provide a great deal of insight into whether or not thyroid energy metabolism is actually improving. It also enhances confidence in the innate ability to be aware of how proper metabolic function feels. That alone can help to quiet a certain amount of nervous system hyper-vigilance.

It’s important to take digestive issues seriously. The ability to heal problems experienced in many places throughout the whole system – often appearing to arise in unrelated ways – is heavily influenced by factors which are exacerbated (and oftentimes initiated) as a result of interference with digestion.

In reality there is no way of separating the disease states which result from things like chronic and systemic inflammation, hormonal imbalance (including thyroid insufficiency) and blood sugar dysregulation, from other issues, including the impact of bacterial overgrowth and excessive endotoxin production upon digestive performance and liver function.

Sometimes it takes a long time to figure out what can then appear to resolve itself overnight. Other times what looks like a major ‘setback’, might be a sign that you are heading in the right direction, maybe just a little too quickly or forcefully.

You might need to pull back a little, or maybe mix it up. The art form cannot be taught, but it helps to have an understanding of the principles. There are no guarantees, and results that seem not to go your way, do not mean you have failed to improve.

Here are some things some consider:

I am not an expert, nor am I a medical practitioner. I have, however, spent a lot of time examining these issues.

None of the above is intended as advice, or as instructions (to blindly follow) regarding what to do if your health is compromised. It is important to find out for yourself what is truthful, scientifically valid information. It is important to do your own experiments and to base your decisions on empirical evidence.

These are simply some of the questions which I – and a number of other people around the globe – have asked, as well as some of the things which I have experimented with and have found to be exceedingly helpful.

There are vast amounts of experimental evidence available online, or in physiology and other scientific texts, for those who wish to delve deeper.

Hard work is always required in order to come closer to mastering any art form. You could say that much can be gained by practicing one kick 10,000 times, but there is still something to be said – at least every now and then – for being the person who practices 10,000 different kicks, once.