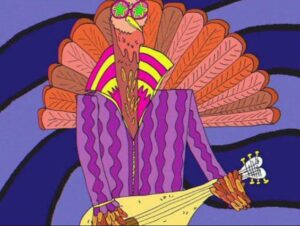 The amino acid, tryptophan, has in recent years been promoted as an antidepressant, largely because it is so easily converted in the body to serotonin, the so called ‘happiness hormone’.

In reality however, too much serotonin is anti-metabolic, interfering with thyroid hormone, reducing body temperature, slowing digestion and brain function, promoting many features of depression, including learned helplessness.

Serotonin is also known to stimulate the release of the stress hormones, including estrogen, prolactin, and parathyroid hormone, promoting inflammation, degeneration and disease.

The amount of tryptophan in the diet impacts on an organism’s response to stress, and stress increases tryptophan’s conversion in the body to serotonin.

Foods high in tryptophan include the tender cuts of muscle meat, egg whites, whey protein, and some nuts, seeds, beans and legumes.

Gelatin lacks tryptophan, and is high in glycine, an amino acid with many anti-inflammatory and protective effects.

Satisfying some of your protein requirements by supplementing with gelatin (or choosing the more gelatinous cuts of meat) is an effective approach to reducing tryptophan levels.

Other foods with available protein and lower levels of tryptophan include milk and cheese, egg yolks, as well as many fruits.

The polyunsaturated fats promote the release of tryptophan and serotonin, as well as serotonin’s formation in the brain.

Restricting tryptophan intake has been shown to slow aging and promote longevity.

There are a variety of different ways to help protect against the potentially inflammatory and stress promoting effects of tryptophan.

Restricting tryptophan consumption (as well as the polyunsaturated fats) whilst maintaining sufficient intake of protein from dairy products, gelatin or gelatinous cuts of meat is a good starting point.

This can then help to avoid the unnecessary breakdown of muscle tissue (or the use of consumed protein as an alternative fuel supply), therefore restraining the release of additional tryptophan and other inflammatory amino acids into circulation.

Limiting intake of difficult to digest grains, beans, legumes and under cooked starchy vegetables (and even some fruits), by improving bacterial issues (decreasing endotoxin and serotonin release), will eventually help to reduce overall inflammation, and protect against many of the stress promoting effects of tryptophan.

In general, avoiding (where possible) stressful environments, getting plenty of exposure to natural light during the day (especially morning and afternoon sun when UV is relatively low) and eating a pro-thyroid, pro-metabolic diet if available, can (over time) lead to improvements in many of the degenerative and disease promoting symptoms related, one way or another, to tryptophan, and this includes anxiety, depression and many other disorders of mood.

Amino acids and the brain: do they play a role in “central fatigue”?

Role of tryptophan in the elevated serotonin-turnover in hepatic encephalopathy.