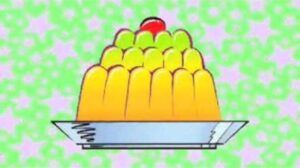 Wouldn’t it be great if there was an extremely safe, cheap and readily accessible substance, that could be used dietarily and therapeutically, to protect against stress and inflammation, and help prevent and heal all kinds of metabolic illness. Something like glycine perhaps.

“Glycine is a simple, easily available and inexpensive substance with few and innocuous side effects. Despite the recent unveiling of tantalizing aspects regarding its mechanism of action, biological activities and therapeutic potential, clinical use has remained scant.”

With glowing reviews like these, you’d think they would be talking about glycine on the news every night….or maybe not.

I guess it’s only really useful when it comes to protecting against cellular irregularity, or helping the immune system to function effectively, whilst powerfully reducing inflammatory issues. That’s no big deal, I suppose.

I mean, apart from it’s ability to inhibit or prevent cancer growth, and to improve rates of survival from difficult to treat (very often deadly) liver and kidney related issues, there can’t be that many important uses, can there?

“…it was reported that dietary glycine inhibits the growth of tumors…glycine can be used not only for treatment of inflammation, but also for chemoprevention and treatment of carcinoma.”

“Glycine inhibits angiogenic signaling of endothelial cells and tumor growth. Glycine would be a promising additive to standard and targeted cancer therapies.”

Would things change once we considered the possibility that there is not really a disease or condition in existence, which isn’t at least in some way (directly or indirectly) related to inflammation, interference with cellular function, or immune system activity?

I wonder if that includes heart disease, diabetes and obesity, or brain disorders such as Parkinson’s and MS, not to mention mood issues like depression and anxiety? Lets have a look.

“Treatment with glycine is likely to have a beneficial effect on innate and adaptive immune responses and may help prevent tissue damage caused by chronic inflammation in patients with Type 2 diabetes.”

“…an important reason underlying elevated oxidative stress in type 2 diabetes is deficiency of glutathione, which occurs because of…limited availability…glycine….supplementation with…glycine…restored…synthesis rates of GSH [glutathione] to those observed in nondiabetic…subjects. This was accompanied by significant declines in both oxidative stress and plasma markers of oxidant damage.”

What if glycine could also be used to reverse epigenetically driven mitochondrial aging? That would be pretty cool.

Or just imagine if glycine had been demonstrated to effectively extend lifespan in a manner similar to methionine restriction. That would simply be crazy!

“Dietary methionine (Met) restriction (MR) extends lifespan in rodents by 30–40% and inhibits growth. Since glycine is the vehicle for hepatic clearance of excess Met…we hypothesized that dietary glycine supplementation (GS) might produce biochemical and endocrine changes similar to MR and also extend lifespan…”

“…glycine…was found effective beginning with the first 6 hours of the stroke development during 5 days. Multicomponent neuroprotective action of glycine was established directed at correction of the unbalance between stimulating and inhibiting aminoacidergic neurotransmitters, as well as at a decrease of excitotoxicity and oxidant stress.”

“Dietary glycine prevents chemical-induced colitis by inhibiting induction of inflammatory cytokines and chemokines. It is postulated that glycine may be useful for the treatment of inflammatory bowel diseases as an immunomodulating nutrient.”

Wouldn’t it be so good if you could find evidence that glycine helps with all the above mentioned issues, in the list of studies attached below?

There are so many biologically valid reasons why glycine may be able to help when it comes to improving energy metabolism, and protecting against stress and disease.

You can probably imagine what some of these reasons are, if you consider the significance of the relationship between bacteria and disease promotion, in light of the ability of reasonably small doses of glycine to protect the intestines from bacterial endotoxin [LPS], in circumstances which can often be deadly.

“The present results demonstrate that glycine selectively protects the small intestine during subacute endotoxemia, even after manifestation of a severe systemic impairment. Because glycine is non-toxic at low doses, an administration of a moderate glycine dose…may be suitable to protect from intestinal damage during sepsis…”

It’s no surprise, when you consider that bacterial endotoxin has been shown to interfere with liver function, to cause inflammation throughout the system, and to promote a rise in levels of circulating stress substances which suppress thyroid energy metabolism and promote disease, including nitric oxide, serotonin and estrogen.

“…tumor growth decreased by 15%…and tumor microvessel density dropped by 20%…with dietary glycine..iNOS protein levels were decreased significantly…we found that dietary glycine is a potent anti-angiogenic agent that can reduce wound healing and tumor growth through reduction of iNOS expression.”

“Control of serotonin release and synthesis by amino acid neurotransmitters was investigated…Glycine…decreased…5-HT [serotonin] release in both types of cells, synthesis being diminished only in rostral raphe cells.”

Do we even need the additional information showing that glycine helps with high cortisol, and that high cortisol is a factor in the development of many different stress related inflammatory illnesses, including depression and cancer?

Or what about the fact that glycine lowers TSH (thyroid stimulating hormone)? You might be more interested if you found out that TSH rises under stress, is a good indicator of high cortisol levels, and also promotes inflammation throughout the body.

Should we care that glycine limits oxidative stress, and the inflammatory stress inducing damage to metabolism that results from exposure to the breakdown products of the polyunsaturated fatty acids (PUFAs)?

“This study was designed to evaluate the effects of daily administration of an oral glycine supplement on antioxidant enzymes and lipid peroxidation…Glycine plays an important role in balancing the redox reactions in the human body, thus protecting against oxidative damage in MetS [metabolic syndrome] patients.”

Would it make any difference if it had been demonstrated time and time again that lipid peroxidation of PUFAs is a major factor in the development of cancer and diabetes, and inflammatory disease in general?

“…high intake of ω-6 PUFAs stimulates several stages in the development of mammary and colon cancer, from an increase in oxidative DNA damage to effects on cell proliferation, free oestrogen levels and hormonal catabolism…”

“MDA levels increased in type 2 diabetes…Chronic hyperglycemia and other biomarkers…were correlated with MDA levels, suggesting the involvement of lipid peroxidation in the pathogenesis of diabetes complications.”

How significant is it that glycine is pro androgenic and promotes the production of protective steroid hormones (including allopregnanolone and DHT), and improves protection against harmful levels of estrogen in the brain and elsewhere in the system.

How can one take advantage (in everyday life) of the many beneficial and highly protective effects of glycine?

One way, of course, is to supplement directly with glycine. The other way is to just eat more gelatin, seeing as glycine is an amino acid which is found in abundance in gelatin.

But remember, it’s always a good idea to consume sufficient quantities of sugar with glycine (or gelatin) in order to avoid any stress (or low blood sugar) related issues which might arise because of metabolic stimulation by glycine, or as a by-product of the need for insulin in the assimilation of glycine.

Because glycine helps limit things (such as inflammation, liver overload and oxidative damage) that interfere with the proper use of sugar, supplementary glycine can also help sugar to up-regulate thyroid energy metabolism, protecting against disease.

A diet avoiding PUFA and including sufficient protein from milk, cheese and gelatin, plus plenty of sugar from sweet ripe fruit and fruit juice, white sugar and honey, is one potential way to lower stress and assist the ability of glycine to reduce inflammation and improve cellular and immune system function.

One great way to get extra glycine is to make homemade jelly to use as a snack throughout the day. All you need is some gelatin and maybe some orange juice and plenty of white sugar, and you’re in business.

Surely there are at least one or two good reasons to want to include glycine or gelatin in your daily food or supplement intake.

Is there anything else glycine can help with? Yes, how much time do you have?

“Glycine supplementation…reduced all the iron induced apoptotic indices. Combining, results suggest that glycine could be a beneficial agent against iron mediated toxicity in hepatocytes.”

Do you ever wonder why glycine is not widely known and used, or more commonly recommended? Mustn’t be helpful enough to get the official tick of approval, I guess.

The role of glycine in hepatic ischemia-reperfusion injury.

Glycine as a therapeutic immuno-nutrient for alcoholic liver disease.

Effects of orally administered glycine on myofibrillar proteolysis and expression of proteolytic-related genes of skeletal muscle in chicks.

Neuroprotective effects of glycine for therapy of acute ischaemic stroke.

[Activation of lipolysis and ketogenesis in tumor-bearing animals as a reflection of chronic stress states].

Neuroprotective effects of glycine in the acute period of ischemic stroke.

Estrogen-like osteoprotective effects of glycine in in vitro and in vivo models of menopause.

Effect of Glycine on Helicobacter pylori In Vitro

Glycine restores the anabolic response to leucine in a mouse model of acute inflammation.

Effects of some putative amino acid neurotransmitters on the stimulated TSH secretion in male rats.

Plasma malondialdehyde levels and risk factors for the development of chronic complications in type 2 diabetic patients on insulin therapy.

A central role for JNK in obesity and insulin resistance.

Glycine as a potent anti-angiogenic nutrient for tumor growth.

Glycine protection of PC-12 cells against injury by ATP-depletion.

Regulation of neurosteroid allopregnanolone biosynthesis in the rat spinal cord by glycine and the alkaloidal analogs strychnine and gelsemine.

Efficacy of high-dose glycine in the treatment of enduring negative symptoms of schizophrenia.

Glucose is a positive modulator for the activation of human recombinant glycine receptors.

Effect of dietary supplementation of glycine on caries development and lipids in rat molars.

Gycine and GABA interact to regulate the nitric oxide/cGMP signaling pathway in the turtle retina.

THE ROLE OF GLYCINE IN REGULATED CELL DEATH

Dietary glycine does not affect physiological angiogenesis and reproductive function, but inhibits apoptosis in endometrial and ovarian tissue by down-regulation of nuclear factor-κB

Effects of glycine supplementation on myocardial damage and cardiac function after severe burn.

The metabolic response to ingested glycine.

Dietary polyunsaturated fatty acids and cancers of the breast and colorectum: emerging evidence for their role as risk modifiers